In 1984, Ezell’s Famous Chicken opened its first location in the Seattle area. Over 36 years later, the locally-owned family business has grown, while members of the founding family are still active and involved every day.

The story began when the family moved from Texas to Seattle. Shortly thereafter, they decided that they’d start a business making chicken like they used to back home in Texas.

Lewis Rudd and Faye Stephens saw their mission as simple: Provide FRESH and high-quality chicken and GOOD homemade side dishes, served with casual and courteous service.

After waiting six years for funding, the family opened the first store on February 3, 1984 in Seattle’s Central District at 501 23rd Avenue, across from Garfield High School. Since then, they have built the family business into a Pacific Northwest icon. 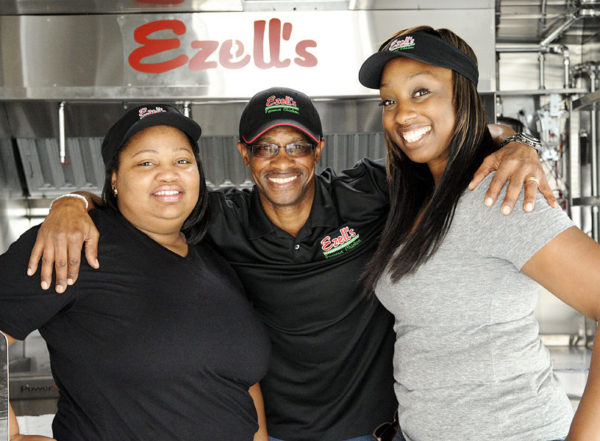 Since the very beginning, the founders of Ezell’s Famous Chicken knew they had a product that the public would love. Their recipes called for using high quality ingredients and preparing everything fresh daily. All they had to do was get customers to just try it once, and they would return for more.

Ezell’s Famous Chicken has become a household name in Seattle and developed a loyal following throughout the Pacific Northwest. Today, there are several locations, a dedicated catering division, and two mobile food trucks to serve the growing customer base.

What Makes Us Special?

Ezell’s Famous Chicken starts out using fresh, high quality chicken. We also use bigger birds – 3lb chickens instead of the typical 2lb chicken used by delis and other quick-serve restaurants.

The chicken is cut into eight pieces instead of the traditional nine pieces, giving customers more meat per portion. This is especially true for our famous extra large wing.

Ezell’s Famous Chicken cooks its chicken in 100% pure vegetable oil, which is low in cholesterol and saturated fats. The proprietary battering process seals in the natural chicken juices, while locking out the oils.

The spicy chicken is marinated for 24 hours using a New Orleans-style seasoning, ensuring you get the full flavor down to the last bite. A dash of cayenne pepper in the breading gives it a little extra zing on the tongue for a layered spicy flavor experience.

In 2019, celebrating our 35th anniversary, we produced a video to highlight our milestone and share our success with the community.

Ezell’s Famous Chicken is a proud family of over 250 hard-working team members. Our company is led by the spirit and energies of our co-founders, and current leaders, Lewis Rudd and Faye Stephens. 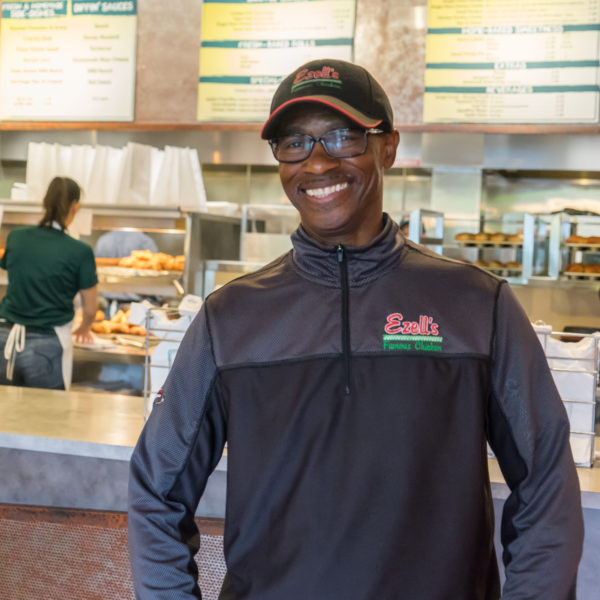 Lewis Rudd grew up in Marshall, Texas where he gained his first restaurant experience working for a local chicken restaurant. After leaving Texas to serve in the military, where he gained valuable business and leadership skills, Lewis joined his siblings and childhood friends and moved to Seattle to pursue his lifelong dream of owning his own business. In 1984, the family opened their first location of Ezell’s Famous Chicken.

Once the restaurant was opened, Lewis shifted his focus to marketing. He received a Marketing and Sales Program degree from Seattle Central Community College. In 1993 Lewis was a finalist for the Ernst & Young Entrepreneur of the Year. With his leadership, Ezells Famous Chicken has grown to a thriving catering business and built a brand that is recognized internationally.

Lewis is highly active in the Seattle community supporting various organizations. He volunteers to speak with students at various schools about entrepreneurship and career opportunities. 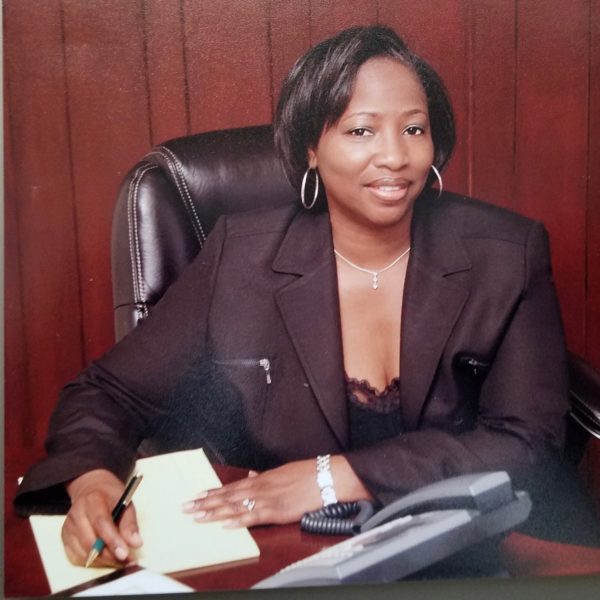 Faye Stephens is from Marshall, Texas where she was raised and educated. In school, she met her childhood sweetheart, and they began dating. They married and moved to Seattle with their families, opening their first location of Ezell’s Famous Chicken across from Garfield High School. Faye continues her full-time role as the company’s Executive Administrative Manager with responsibilities of Bookkeeping, Administration, Human Resource, Payroll and other support with the overall operations. Faye is the keystone of strength for the company’s success.

Faye and Ezell have two children and three grandchildren. When not working at Ezell’s, Faye enjoys participating in a variety of activities, and spending quality time with her grandchildren. 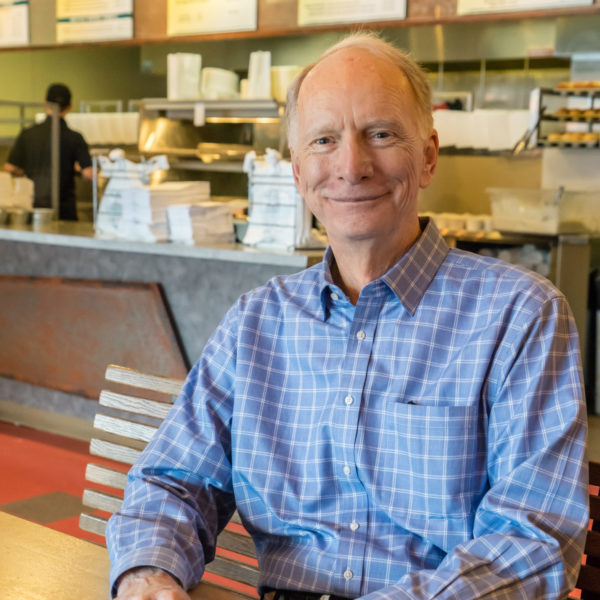 As an executive with Restaurants Unlimited, he spent 15 years helping create, open, and run high-volume dinner house concepts in markets stretching from Minneapolis to Honolulu and Seattle to Los Angeles.

Following, Waldron led the Cinnabon World Famous Cinnamon Roll brand as President and CEO.  He took that concept from the start-up phase to 400 units throughout the United States, Canada, and Mexico City.  He created and ran the extensive franchise system that accounted for half the number of outlets.  Under his leadership, Cinnabon became recognized as the premier specialty bakery brand.

Today, Waldron heads Delighted Guests Inc., the growth-arm and franchisor for Ezell’s Famous Chicken.  He has spent the past few years adding units, while positioning this highly successful brand for strong national growth through franchising.